In 2016, our exports to Thailand reached a new level with a possession quantity of 1,800 coaches in the Thai market. We have taken a step ahead in creating the gold brand of “Made in China” in exported coaches. King Long would never make such a remarkable achievement in the Thai market without customer acceptance of the products and support from the local government. 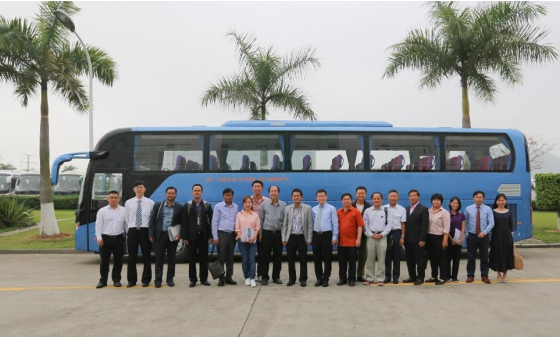 On April 24, Chamreon Tipayapongthad, governor of Phuket, Thailand, led a delegation and visited King Long Xiamen plant, and learnt about the operation of the company and experienced the coach products exported to Phuket, Thailand and other regions. Ding Mingbin, deputy director of King Long overseas marketing department, warmly received Chamreon Tipayapongthad and the delegation, and chaired the meeting. Both sides exchanged views on the coach export status in the Thai market and the needs of policy support.

Xiamen City and Phuket Province just signed a Letter of Intent on Establishment of Sister City Relations when the delegation of Phuket visited our company. Xiamen and Phuket are both coastal tourist cities and share Bougainvillea as the city flower. The two cities have been working closely together. After signing the Letter of Intent, both cities will cooperate on the basis of equality and mutual benefit, and jointly promote the prosperity and development of both sides. Moreover, they will cooperate in various fields in accordance with their respective national government policies.

After the welcoming remarks to Phuket delegation at the meeting, Ding Mingbin said that King Long overseas exports maintained a steady growth of 3.7% in 2015. In 2016, the first year of China’s “13th Five Year Plan”, with the support of the “Belt and Road” Initiative, the company has been working hard at the competitiveness of export products and new markets development. The export performance in Thailand is particularly significant. In the first half of this year, luxury tourist coaches exported to Thailand will reach 515. It will also provide a strong travel guarantee for the development of Phuket tourism. At the same time, the company will further strengthen the coach sales and after-sales service in Phuket for “good sales and better operation” of its vehicles.

After listening to our report on the business conditions in Thailand, Chamreon Tipayapongthad, governor of Phuket congratulated the outstanding performance of the company in recent years and said that he was accustomed to seeing King Long coaches running in Thailand. “KING LONG” is a well-recognized Chinese coach brand in Thailand. The Sino-Thai friendly diplomatic relations and the sister city relations established between Xiamen and Phuket create a favorable environment for bilateral trade cooperation. Both sides may seek richer models of cooperation. Phuket government will provide a variety of resources to support the overseas development of King Long. 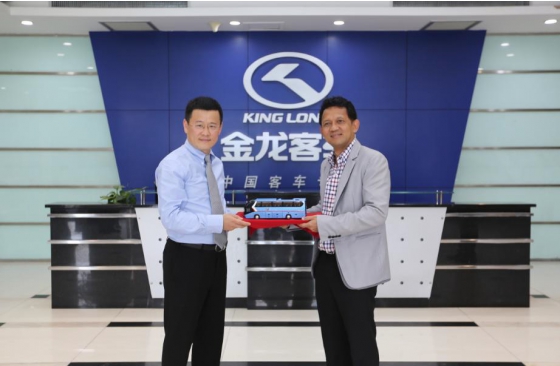 During the free communication at the meeting, the responsible person of Prince of Songkla University from the delegation raised the expectation that students of Phuket Campus may go to our offices in Thailand for internship and practical training. King Long can also develop its reserve of local human resources and promote the deepening development of its businesses in Thailand. Other delegation members also exchanged views on how we manage after-sales service and vehicle customization for Thai customers. After learning that our company had set up long-term service outlets in Thailand and established 4 parts warehouses to ensure 24-hour parts supply, the delegation members all thumbed up.


At the end of the visit, accompanied by deputy director Ding Mingbin, Chamreon Tipayapongthad and the delegation experienced the XMQ6128SD model exported to Thailand. Given the local road conditions, the technical staff conducted targeted debugging and calibration of the exported models dynamic performance and braking performance. According to the actual operational requirements of customers, the company creatively researched and developed a series of customized and user-friendly designs like luggage access by luggage compartment sliding rails. It was praised by all the Phuket delegation members.


Phuket Province is located in the southwest of Thailand. It is the biggest island of Thailand and also a world famous tropical tourist resort, known as the “Pearl of Thailand”. The strong demand of the local tourism will no doubt bring more opportunities to King Long that has already had brand advantage in Thailand.