On March 24, 300 units King Long classic city buses successfully boarded a ship at Xiamen Harbor, ready for their journey to Saudi Arabia. Along with the launching of One Belt One Road Initiative, China and Saudi Arabia upgraded their bilateral relations to comprehensive strategic partnership. Thus, the deal came as a huge step forward for the bus maker’s business in 2016. 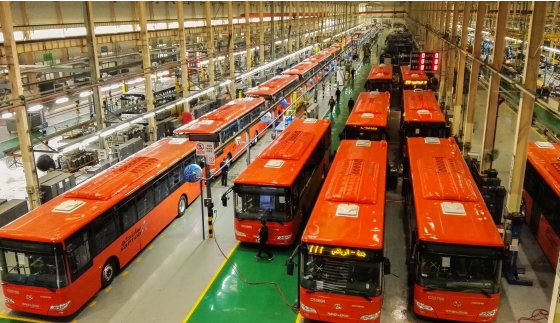 After their arrival in Saudi Arabia, King Long buses will immediately join Saudi Arabian National Transportation Company. As the biggest carrier in the country, the bus operator boasts over 8,000 units buses in various types. A few years ago, it only purchased internationally well-known brands from Europe, such as Benz and Volvo. In 2011, King Long successfully made its entry into the Middle East nation by exporting 150 units luxurious travel coaches there.

In 2015, China launched One Belt One Road Initiative. Xiamen and Saudi Arabia, as two important points along the modern Marine Silk Road, have found more common ground for cooperation and they have seen deepened ties between the two parties. Last year, 1,140 units King Long school buses were smoothly delivered to a subsidiary of Saudi Arabian National Transportation Company, making a new record in King Long’s sales in the overseas market. The deal also broke the record in the export of industrial products in Fujian Province.

Since 2011, Saudi Arabian National Transportation Company has been making purchases of over 100 units buses each year. Currently, a total number of 2,290 units King Long buses are working smoothly under the management of Saudi Arabian National Transportation Company and its subsidiaries, making up more than half of King Long’s bus fleet in the country. So far, King Long has established a formidable presence in Saudi Arabia, becoming the best known bus brand from China.

Simon Xie, King Long Overseas Marketing & Sales Director, reveals that the modern Marine Silk Road has drawn China and Saudi Arabia much closer and it has brought unprecedented opportunities for the two nations in the areas of trade, education and cultural exchange. On the back of a number of favorable policies, King Long has been exerting great efforts in exploring overseas market. Now, its hard work is paying off and it has already set up a solid position in Saudi Arabia.

Mr. Eng. Alhogail, CEO of Saudi Arabian National Transportation Company spoke highly of King Long buses while giving his final evaluation of the vehicles. He reveals that King Long has a great visibility and a good reputation in Saudi Arabia. “Compared with other bus brands, King Long definitely has a much higher price-performance ratio. I am certain that King Long represents a high level of manufacturing in China. Also I am completely satisfied with this batch of classic city buses. And I am looking forward to a much higher level of cooperation between our companies,” says Mr. Eng. Alhogail.

Since launching its overseas expansion strategy in 2000, King Long has been maintaining a fast growing momentum in its sales in the global market. So far, King Long buses have made their way to over 120 countries and regions. King Long bus fleet has already passed 70,000 units in the overseas market. Besides, the bus maker has set up 80-plus franchised agents and service offices abroad. 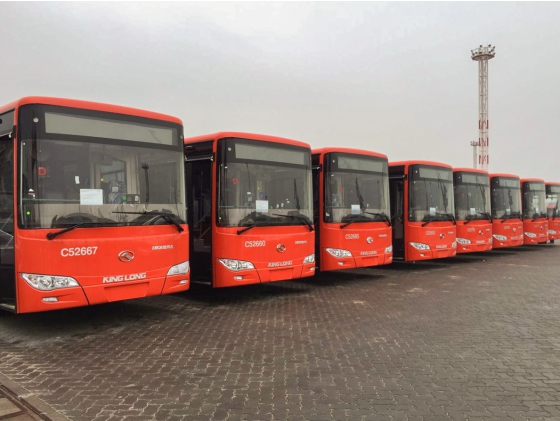 Now, China’s One Belt One Road Initiative has brought infinite business possibilities for China and a number of countries along the route. “With the governments’ supports and favorable policies, we are confident to reach far more areas on the global market,” says Mr. Xie.
Tags
Autocar Autobus Bus Minivan Producteur De Bus