By having nearly three decades bus making experience, King Long has been researching and developing ECO-friendly buses for over ten years. As a pioneer of new energy bus industry, King Long has made a host of breakthroughs and has been maintaining its leadership in the R&D of environmentally friendly buses.

Currently, dozens of King Long bus models enjoy great popularity among the public. For example, its 10.5-meter ISG plug-in hybrid bus has seen its sales volume going up and up month by month. Shaoxing, Tianjin, Pingdingshan, Nanning, Sanya, Xiamen and many other places have a visible presence of this eco-friendly vehicle. With uniquely high-voltage mounted on the bus top, the bus is able to be recharged in ten minutes. Apart from boasting spacious interior space, it achieves highest energy efficiency when it is plugged in.

In addition, King Long electric buses, like XMQ6110 and XMQ6706 Coaster are also highly sought-after products in the market. From May to now this year, both models boast sales volumes of nearly 300 units. In Shanghai and Fujian, both of them are particularly popular. XMQ6706 Coaster is able to drive 120 km continuously when fully recharged. The city bus version of the model can load 40 passengers at maximum, the highest among its counterparts.

King Long KINGO and KINGTE electric buses are also rising in their fame and in their sales volumes. Since their debut in March this year, they have become the top layer of elite buses for bus operators and many big companies. KINGO has also won the honorary title of the Best New Energy Bus in 2015. 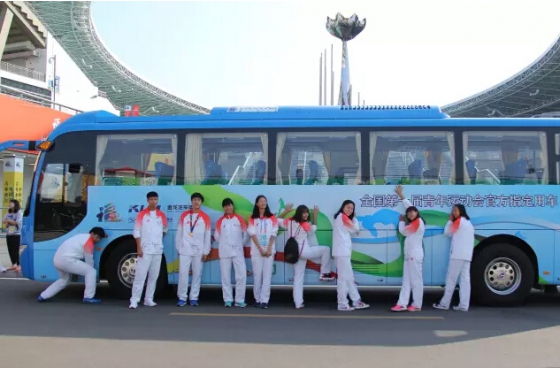