During March 3 to 15, 2015, the plenary sessions of NPC and the National Committee of CPPCC (hereinafter referred to as "the two sessions") is held in Beijing. Reporters learned from that as a leading provider of bus service for the two sessions, King Long has been fully prepared to serve the grand national event for the fifteenth consecutive year, helping the representatives commute during the two sessions.

Buses serving for the event has been through strict selection to serve the two sessions for smooth process. Reporters learned from that as a leading provider of bus service for the two sessions, BAIC’s bus fleet include 57 units of King Long buses Longwei buses. 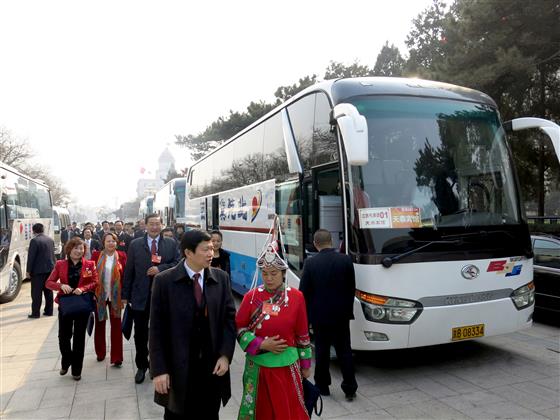 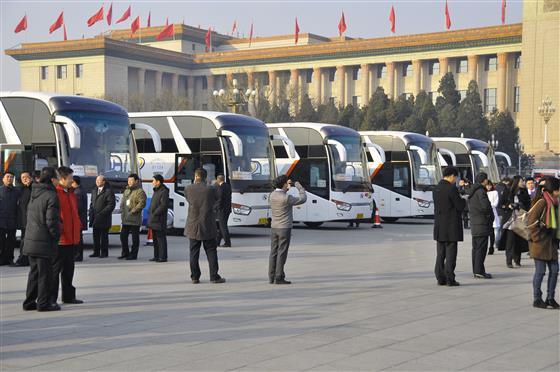 The two sessions are major national political activities that though being strict, "zero fault" is the basic requirement when selecting vehicles. As an experienced provider serving the two sessions, BAIC picks Longwei for its outstanding quality as well as King Long's considerate maintenance service.


In 2015, the two sessions are held on scheduled, as a veteran serving for 15 years, King Long will once again deliver excellent commute services the event. Serving for fifteen consecutive years, is not only a continuation of the gold service and good reputation, but also customers' trust in King Long quality, Jinlong with national NPC and CPPCC service platform, will re write country car style.