Journey of One Belt and One Road: Shuttling on Silk Road and Enchanted Journey in Mediterranean

After going across the Kazakhstan and the Russia along the Silk Road, today we continue to go westward along this ancient and long trade road to discover and explore towards Mediterranean through Eurasia.

Mentioning the Silk Road, the first thought is definitely the Four Great Ancient Civilizations. Under the guidance of the history, we firstly visit a mysterious country. Though this country has no beautiful natural scenery or charming island, it boasts mysterious and shining sands and beautiful Nile riverside.

With magnificent pyramids, mysterious Great Sphinx, and numerous grand ancient temples, the Egyptians leave us numerous astonishments and fantasies throughout the long history. As the Thousand and One Nights says, “A man who never saw Cairo doesn’t see the world at all.” The modern civilization and the ancient tradition coexist in Cairo, Egypt. 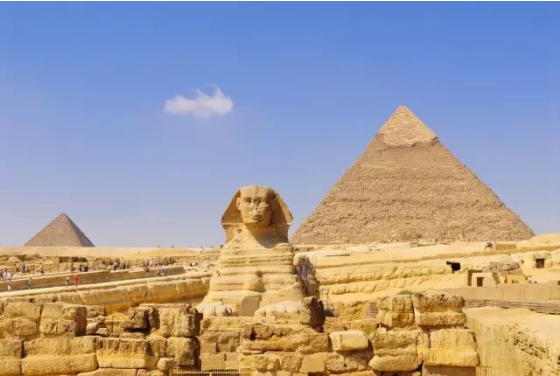 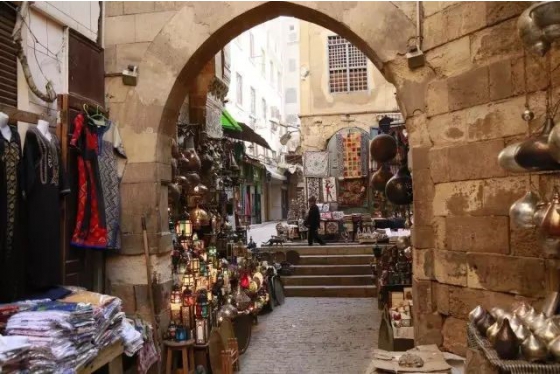 Near the Al-Azhar University in the old district of Cairo, there is an ancient market of Arabic characteristic - Khan El Khalili Market. Till today, the rich medieval atmosphere is still preserved here. With an occupation area of 5km2, this market is composed of several criss-cross lanes and the ground paved by stones is ancient and clean. All kinds of handicrafts, including jewelry and gold and silver ware, are available here and this market is also the concentrated place for the products of all industries.

Following the exploitation of the Silk Road, Alexander the Great, the King of Macedon, Greece, almost arrived at China. Along this road of civilization, the Ancient Greece and the Eastern Europe created the mathematics and Indo-European family and the merging of Greek culture and Buddhist influenced the art and philosophy development in China and India. Stepping out the Asian continent and marching forward further along the Silk Road, we entered the domain of Greek Myths. 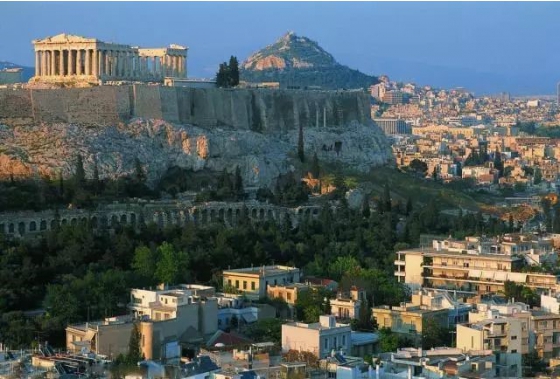 As one of the most ancient cities in the world, Athens is the capital and the largest city of Greece. It’s said that Athens is named after the Athena, the Goddess of Wisdom in legendary historic stories. Athen Acropolis is renowned for the Parthenon and it can be called as the guardian of Athens. The historic sites still available include Propylaia, Parthenon Temple, Erechtheum Temple, and Temple of Athena Nike.

On some islands in the center of the Mediterranean, there is a country honored as "The Heart of Mediterranean” - Malta. Malta is one of several smallest countries in the world. The large-scale human activities were emerged in the Malta region ever since 5,000 B.C. The Megalithic Temple here is the world’s earliest architecture built by splicing technology and is one of the largest temple relics of the Stone Age in Europe, which is longer than the history of pyramids in Egypt. 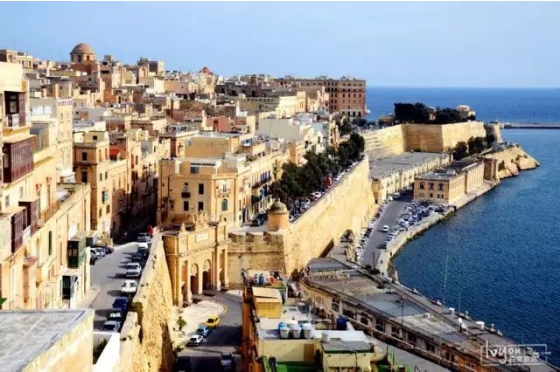 Valletta, the capital of Malta, is located in a narrow peninsula of Malta Bay, the northeast of Malta Island, and is a famous cultural city in Europe. Many finely crafted Victorian architectures and ancient streets paved with square stones are preserved in the city. 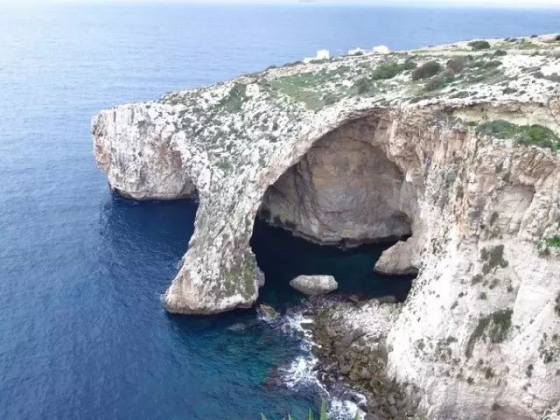 Malta Blue gathers all blues in the world. Malta is renowned in the world for its magnificent ocean scenery and blue is the synonym here. Though the Azure Window, one of Three-Blue in Malta, was devastated by level 9 storm in this March, Malta still has many romantic and legendary sceneries waiting for your discovery, of which the Blue Grotto and the Blue Lake have an enchanted beauty.

In Malta, many tourists choose to take a local touring bus, as sitting on the upper deck of bus can not only sightsee the beauty of islands and feel the comfortable sea breeze along the way, but also feel pleased to listen to the Chinese interpretation. 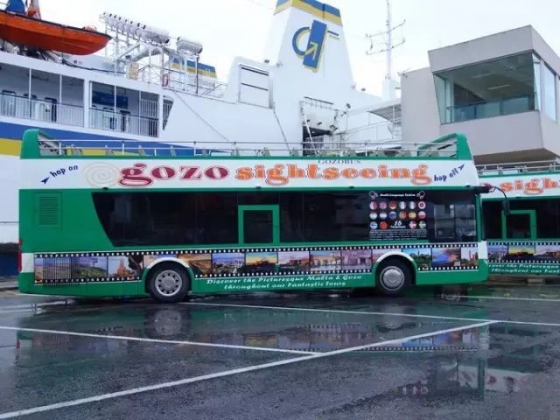 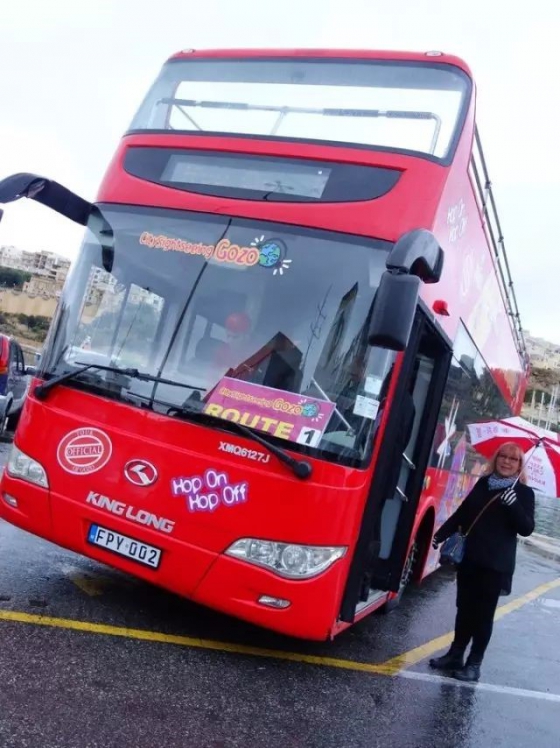 The Silk Road not only spanned the Eurasia, but also connected the historic space-time of >2,000 years. In those days, the Land Silk Road and the Maritime Silk Road connected the China with Mediterranean region. Today, by taking the opportunity of “One Belt and One Road" strategy, more and more enterprises are going abroad.

Starting from Xiamen on the Maritime Silk Road and undertaking the important mission of “One Belt and One Road” strategy, King Long distributed the “Made by China’s wisdom” products to the Mediterranean region. As early as 2003, King Long exported high-end low-floor buses in batch to Malta, which is King Long’s 2nd batch export to European market. Malta joined the European Union in 2004. Due to stringent automotive standard and regulation system in EU, the China’s auto manufacturers never opened up a new prospect for a long time. In 2011, King Long exported 176 King Long buses to Malta, creating the record of the first export order to EU in China’s automotive industry. 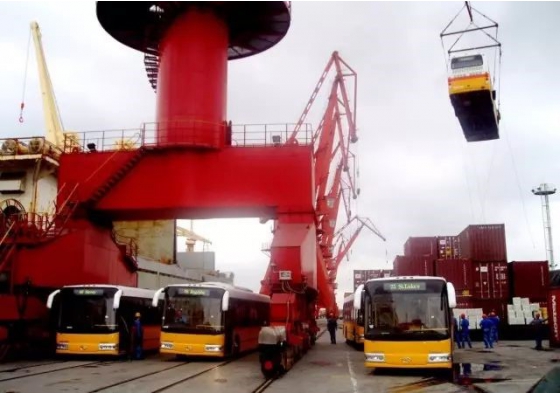 From the teas and silks in those days to the “Made in China” products represented by King Long buses nowadays, a “China style" becomes poplar again in the Mediterranean countries under the leadership of “One Belt and One Road” strategy. It’s believed that the King Long buses full of technologic sense will become the most unique city symbols with long historic culture, astonishing historic relics, and mysterious stories in the picturesque Mediterranean countries in the near future.